OVER 20 YEARS OF FANTASTIC DISCOVERIES

Since its inception in 1996, the Fantasia International Film Festival is now recognized as the largest and most influential event of its kind in North America, a leader on the genre film scene and one of the country’s most popular film festivals. With a varied programming and an emphasis on the imaginative cinema of Asia, Europe and the Americas, Fantasia’s offerings range from unique and powerful personal visions to international commercial crowd-pleasers rarely seen in North America. 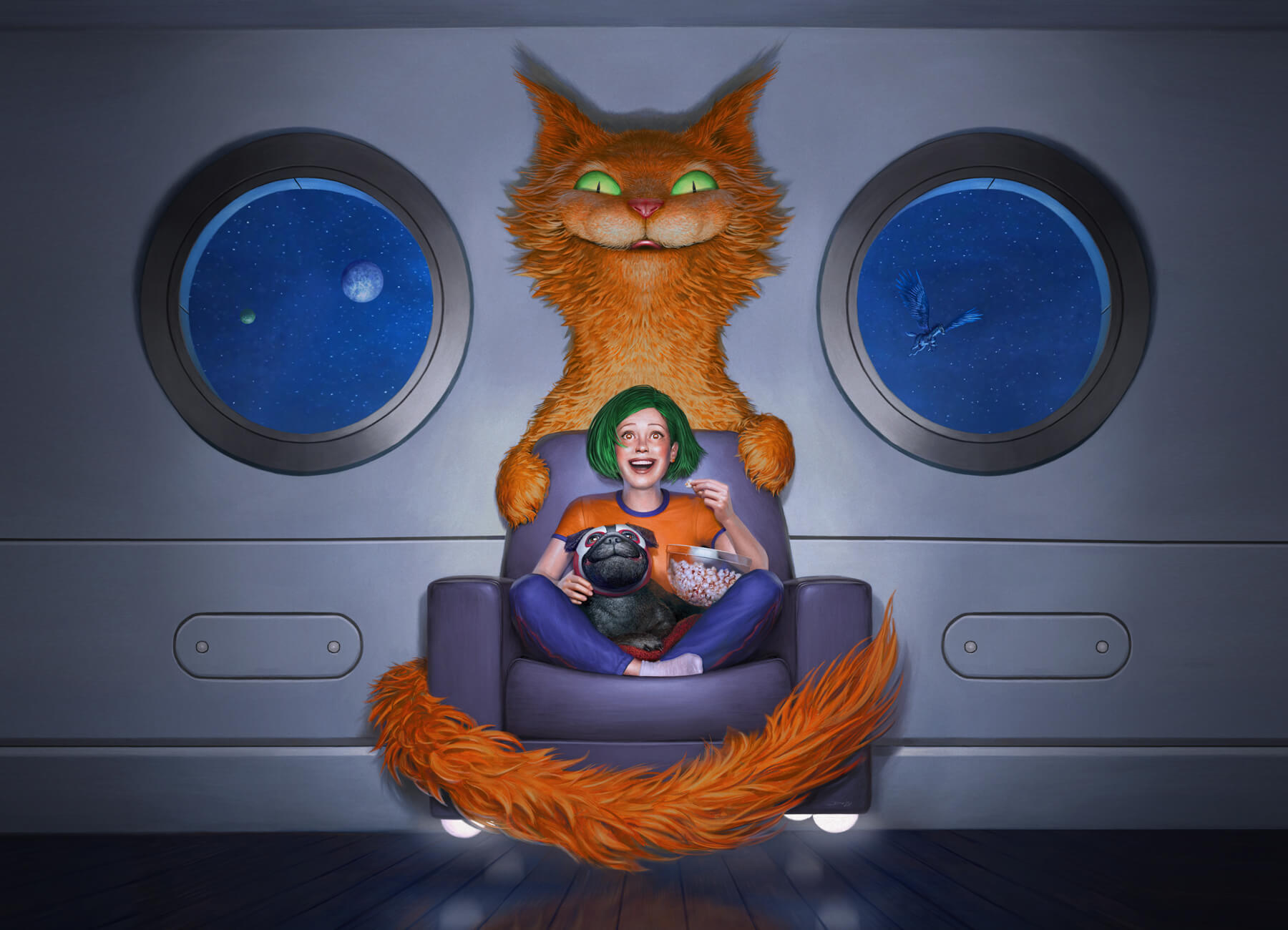 Despite the difficult circumstances imposed by the pandemic, Fantasia offered its 24th edition entirely online, which came to be a smashing success. In addition to over a hundred features and its shorts programs, the festival also presented daily live events, to the delight of tens of thousands of spectators all across the globe. 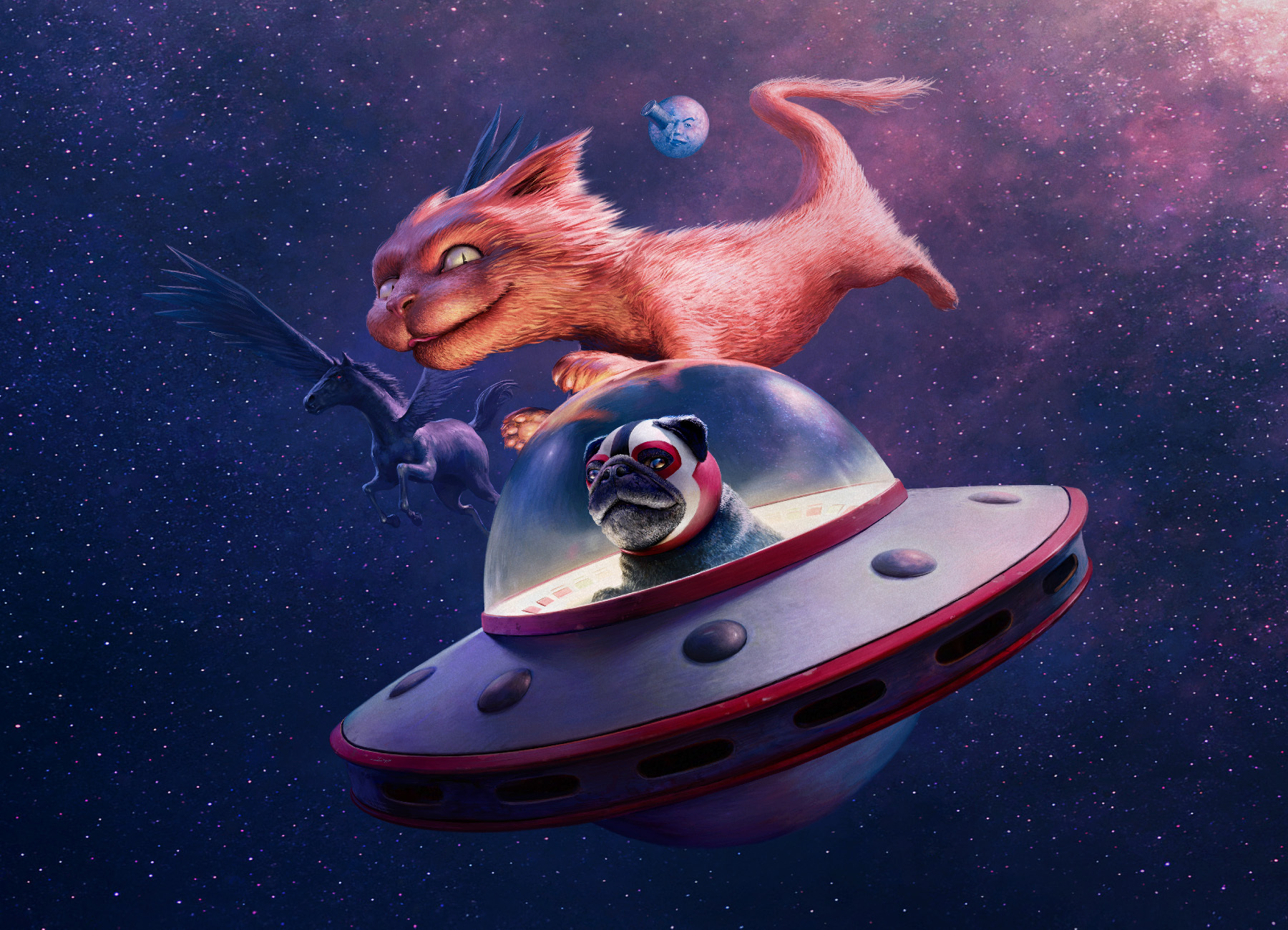 Celebrating is 23nd edition, Fantasia once again attracted over 100 000 spectators. With 139 features and 251 shorts from all over the globe, there was no shortage of discoveries to make. Revisit this truly remarkable year! 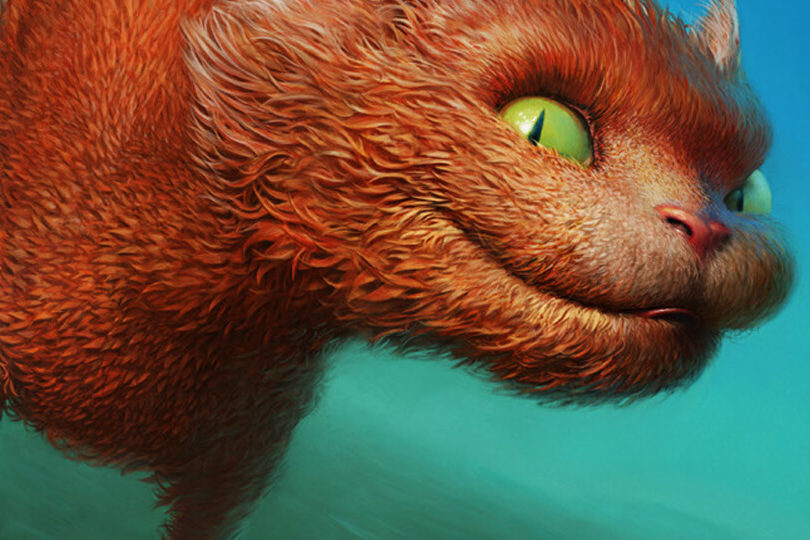 Celebrating is 22nd edition, Fantasia enjoyed an excellent attendance in 2018. For the ninth consecutive year, the festival succeeded in attracting more than 100,000 spectators. Attendees were able to enjoy 124 feature films, 226 short films, over 178 paid and 20 free screenings. Over 77 of these were sold out, a record year proving the consistent interest of our audience. 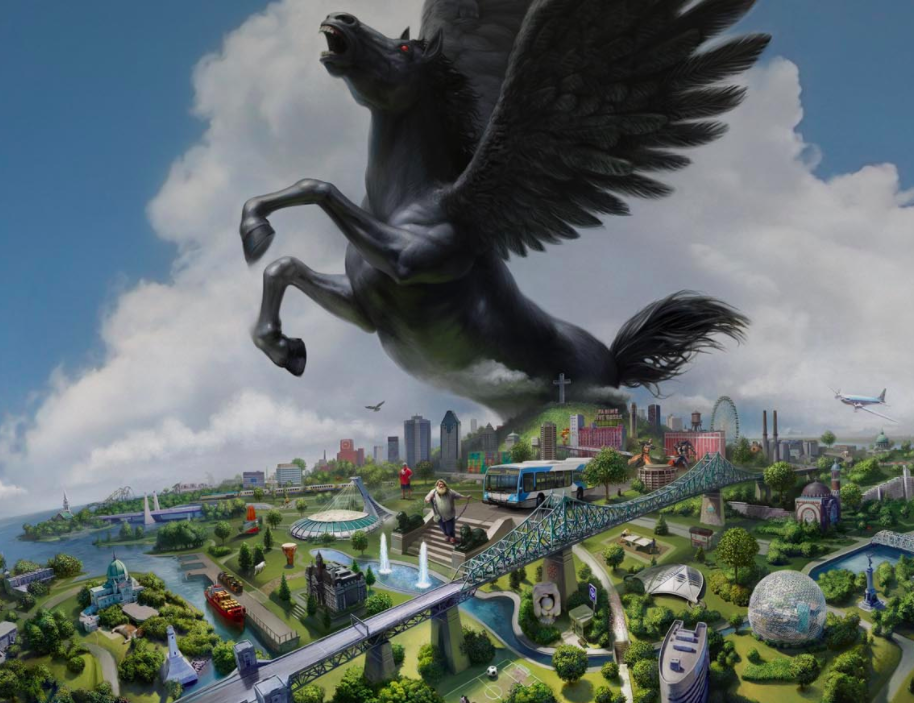 Celebrating is 21st edition, Fantasia enjoyed an excellent attendance at its 2017 edition. For the eight consecutive year, the festival succeeded in attracting more than 100,000 spectators (17% of which was tourist clientele). The attendees were able to enjoy 155 feature films, over 260 short films, 4 outdoor screenings, 20 free screenings, 1 special ciné-concert, 12 virtual reality films through our partnership with Samsung, and numerous special events. More than 60 of our screenings were sold out. 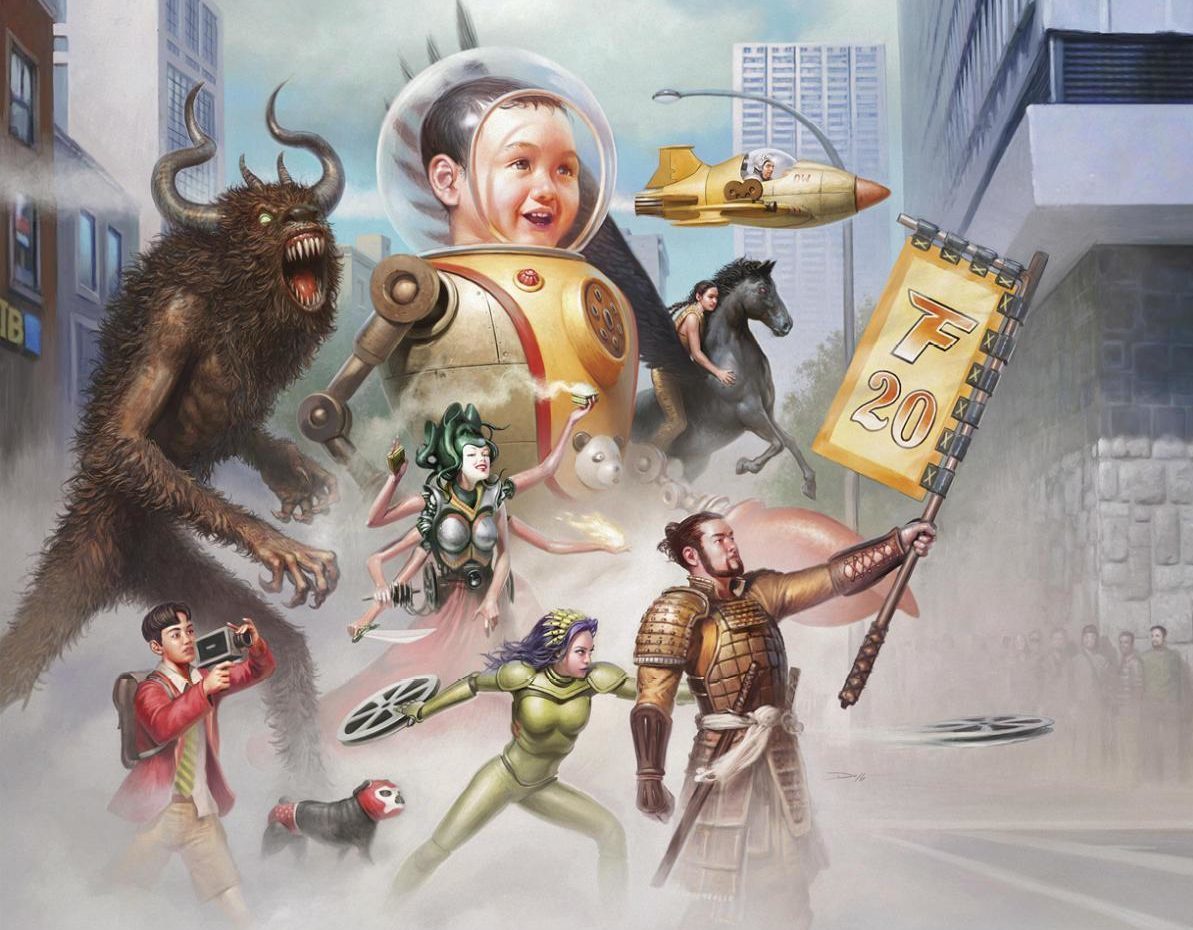 Celebrating its 20th anniversary, Fantasia enjoyed an excellent attendance at its 2016 edition. For the seventh consecutive year, the festival succeeded in attracting more than 100,000 spectators (17% of which was tourist clientele). The attendees were able to enjoy 148 feature films, over 240 short films, 10 free screenings, 11 virtual reality films through our partnership with Samsung, and numerous special events. More than 75 of our screenings were sold out, and more than 60% of all available tickets found takers. 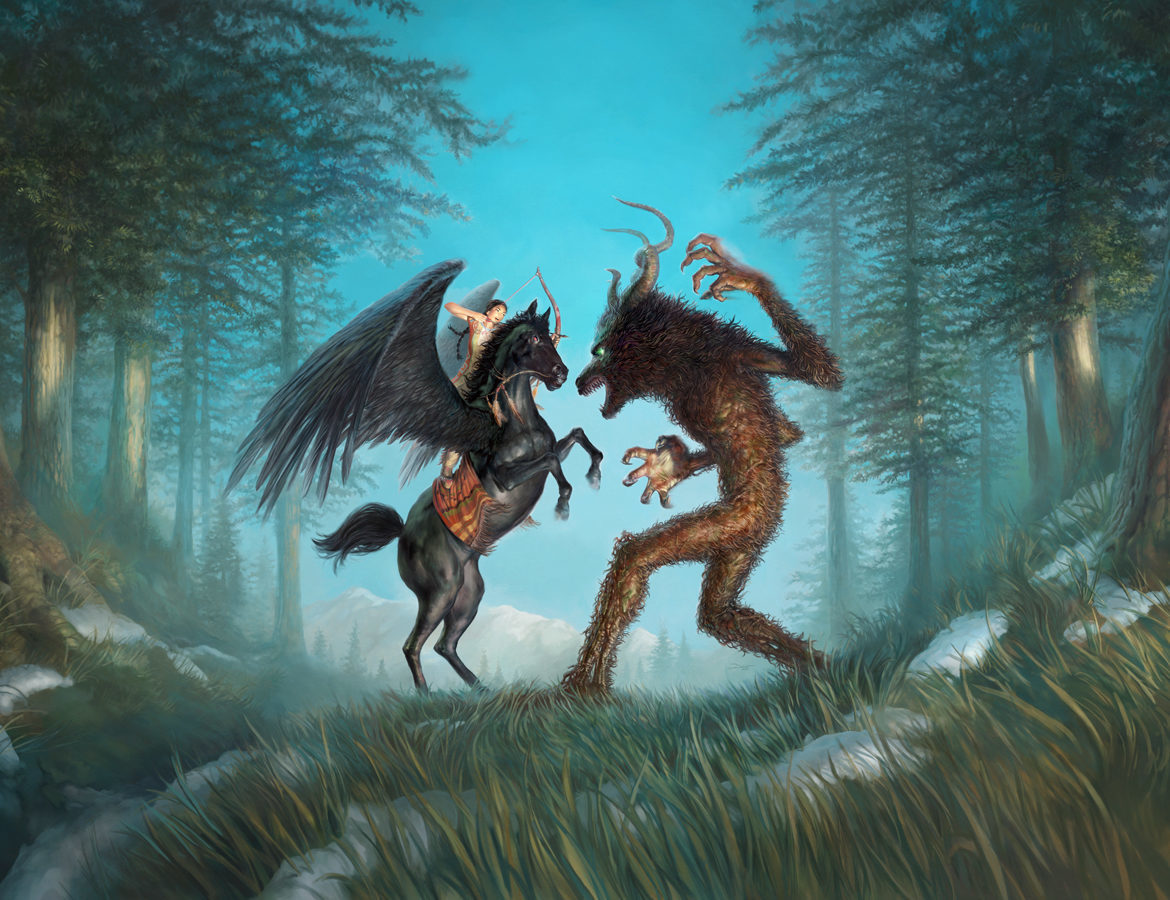 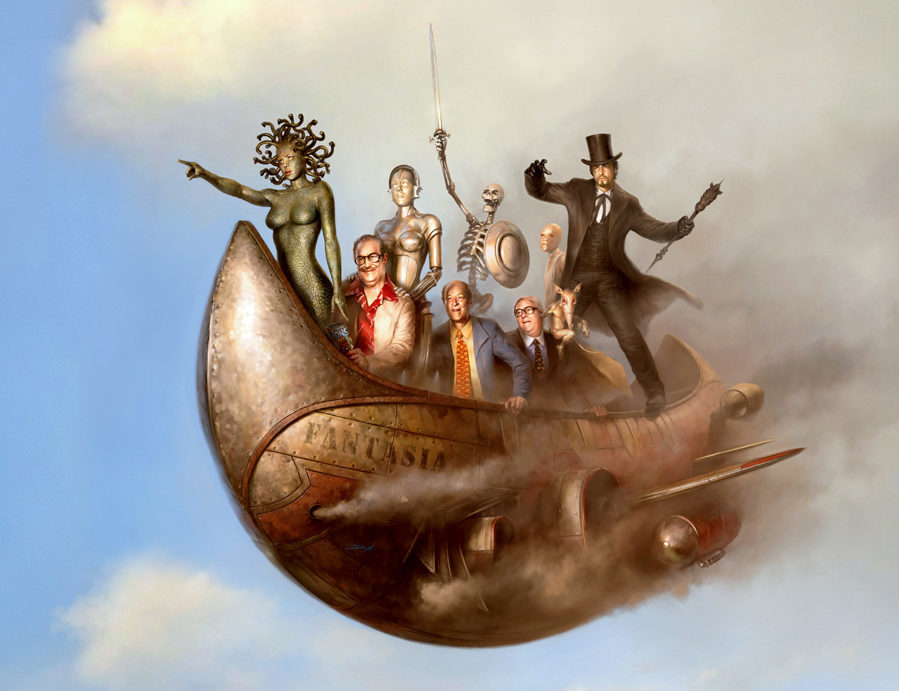 The 18th Edition of Montreal’s Fantasia International Film Festival returned to its home at Concordia University after the location’s massive 2013 renovations, the festival benefited from having three theaters to screen their record 160+ films in. 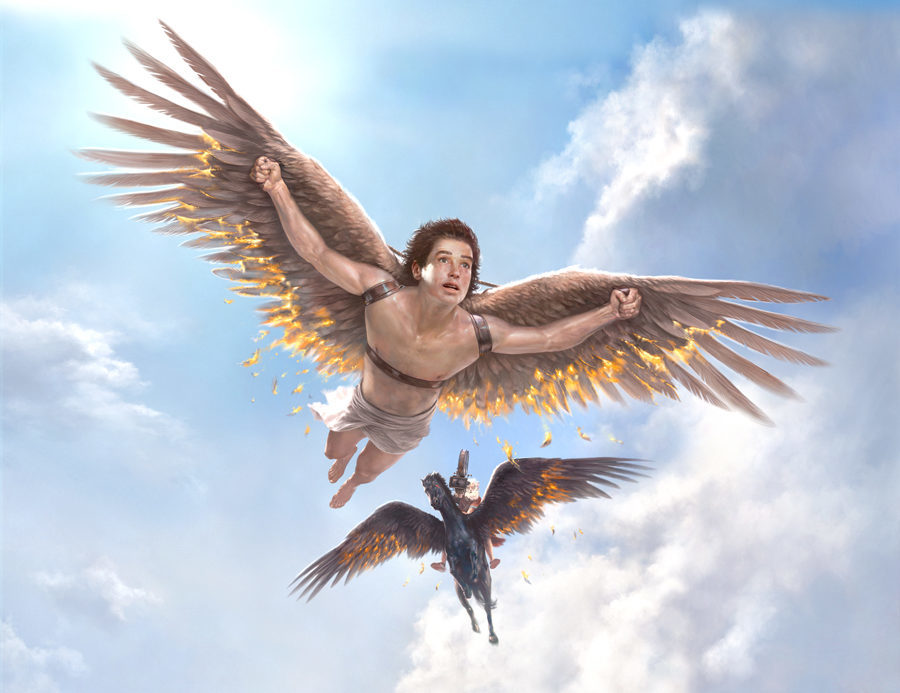 Ending with the sold-out screening of the Canadian premiere of THE WORLD’S END, presented by director Edgar Wright and actor Nick Frost, the Fantasia International Film Festival confirmed a record attendance, boasting more than 125,000 festival-goers for its 17th edition, surpassing last year’s record of 109,000 (a 15% increase). Over the course of its three-week film marathon, it presented over 131 features from 31 countries and more than 220 shorts from across the globe. 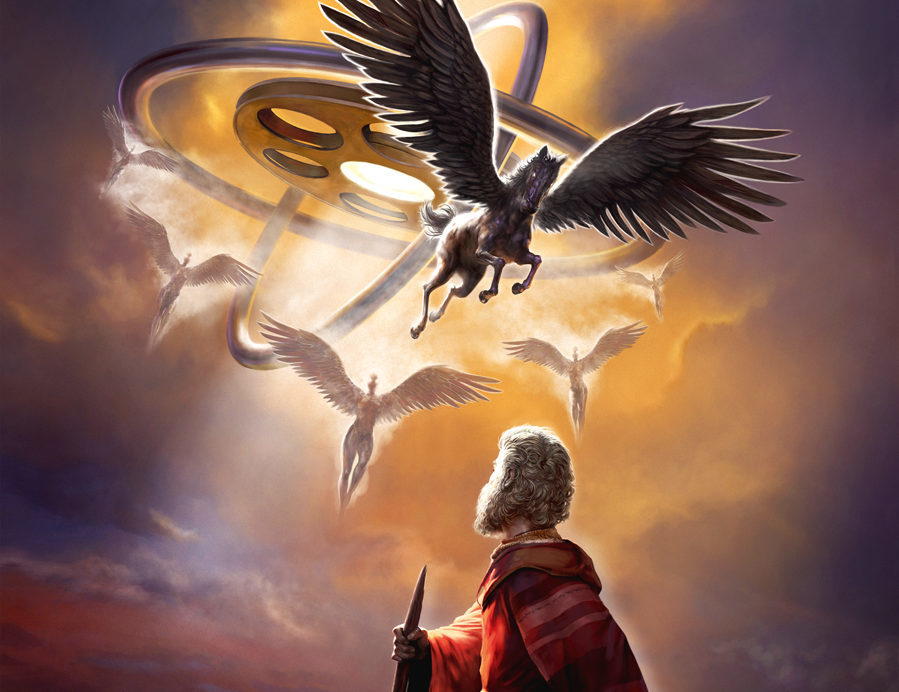 Fantasia’s 16th edition was easily one of the festival’s most ambitious, daring and generous years, kicking off the 160+ film festivities with the North American premiere of FOR LOVE’S SAKE from returning fan favorite Takashi Miike. Brilliantly exalted throwback to 1970s Japanese exploitation cinema and a playful manga adaptation/action-musical playing out like a fistfight heavy cross between WEST SIDE STORY and OSAKA TOUGH GUYS by way of GREASE and YOUNG THUGS: INNOCENT BLOOD, FOR LOVE’S SAKE set the Hall theatre on fire with its dynamic dance numbers and clashing of genres, and its high energy carried throughout an edition of the festival that saw, amidst many things, the first year of the Fantasia Industry Rendez-Vous and Co-Production Market, a plethora of premieres, both local and from abroad, and more guests than ever before. 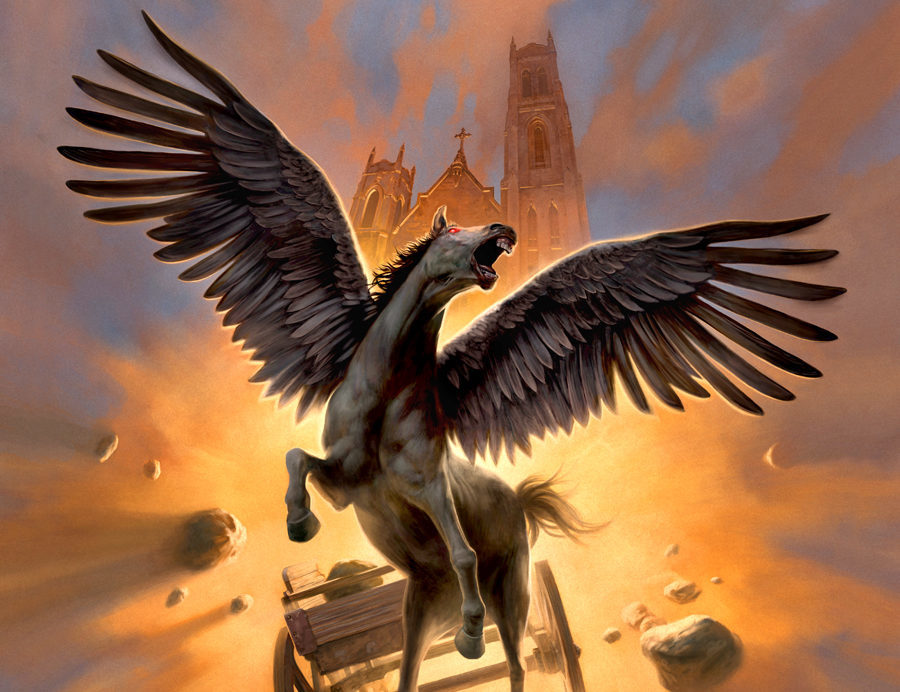 Fantasia kicked off its 15th Anniversary in style, with the Canadian Premiere of Kevin Smith’s controversial Red State setting the tone for a festival full of great conversations, diverging opinions and challenging discussion into the wee hours. 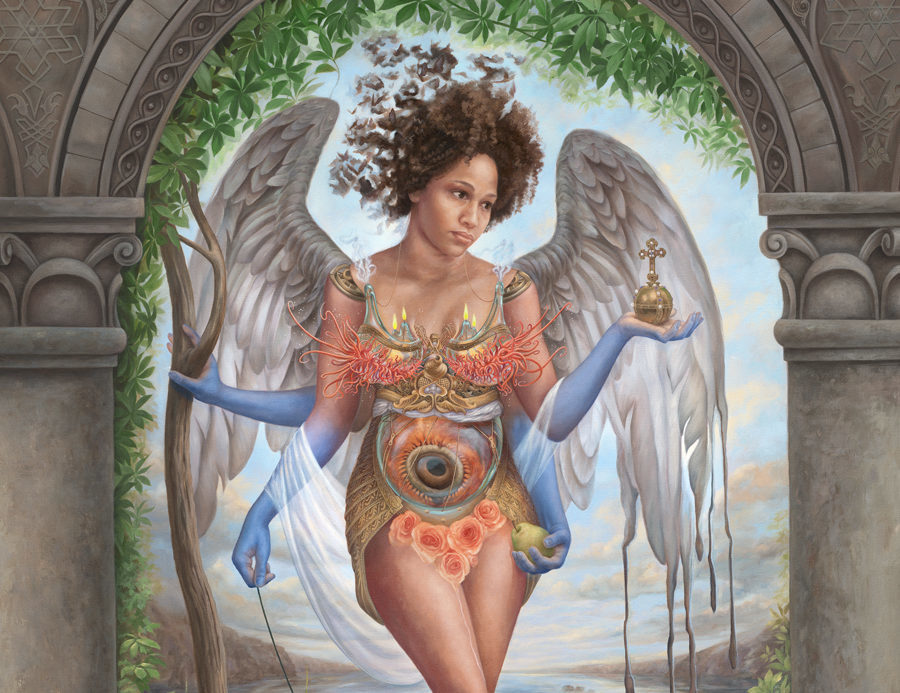 On the verge of turning 15, Fantasia had the usual Japanese freaks from Nikkatsu and Sushi Typhoon entertaining crowds with blood and latex‐soaked extravaganzas such Alien Vs. Ninja and Mutant Girls Squad (both Canadian Premieres, with co‐Director Yoshihiro Nishimura once again running around half‐naked), while the rubbery pleasures of Air Doll introduced us to a new way of loving, mind‐blowing anime Summer Wars sucked crowds in with its explosive eye‐candy and Rinco’s Restaurant (North American Premiere with director Mai Tominaga in person) was an optimistic heart‐warmer. 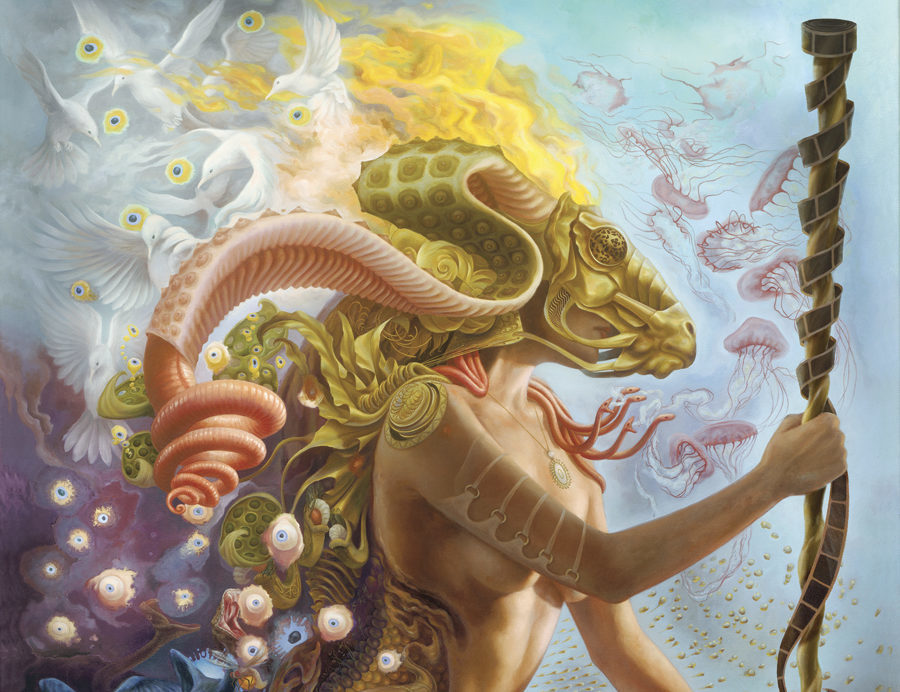 2009 was, in many respects, a particularly luxurious year for the Fantasia Festival. Whether felt from governmental institutions, distributors or the faithful public, the efforts and certain choices made by the programmers, notably the program itself, have been rewarded by results exceeding their wildest expectations. 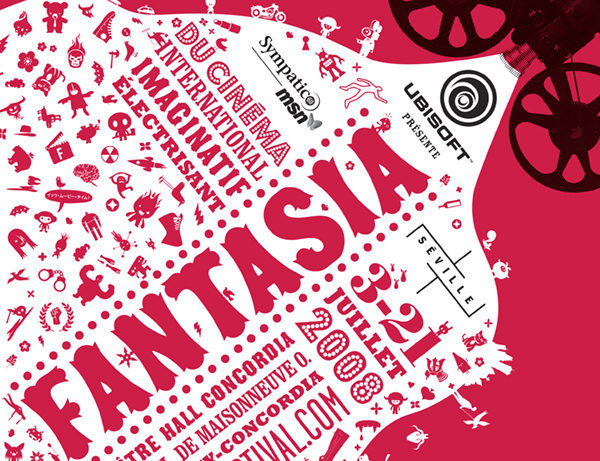 Fantasia 2008 opened with a red carpet screening of the World Premiere of Kim Nguyen’s Truffe, followed by a sold‐out screening of Takashi Miike’s Sukiyaki Western Django. Martial Arts fans gave standing ovation to legendary kung fu star Gordon Liu, here to present the international premiere of the restored print of the Shaw Bros classic Disciples of the 36th Chamber, and was the recipient of the first ‐ever Hero of the East prize. 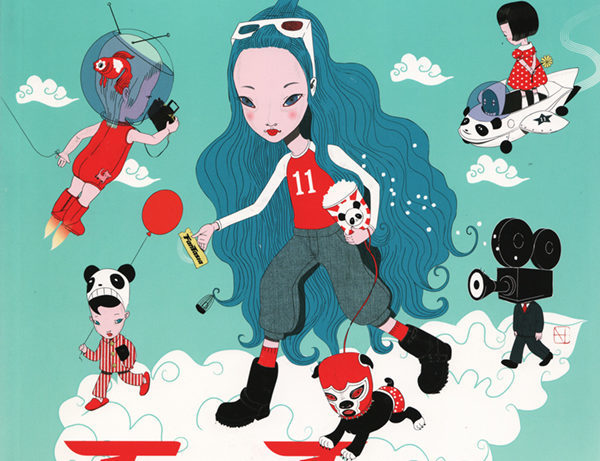 The program of the 2007 edition of the Fantasia Festival was a departure from its predecessors in its massive scale. In response to the ever‐growing success of the operation, the team decided to inflate their program from 90 to 130 films. Furthermore, about 20 short film programs were established, half of these dedicated to local productions. To accommodate these important additions, a 3rd theater is rented at the Concordia University, the DB Clark Theater, which would also host various conferences. 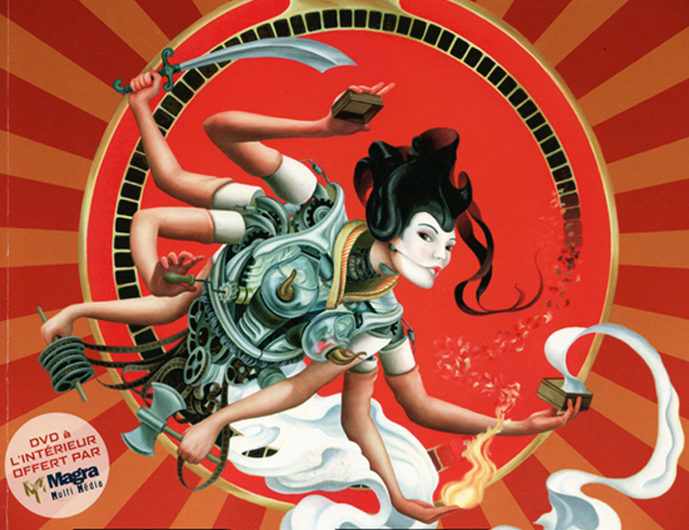 2006 marked the 10th anniversary of the festival. Two special spotlights were presented, one on the emergence of a new wave of Russian genre cinema beginning with the screening of 1967 Russian classic classic Viy (presented by Russian film historian Alla Verlotsky) to contrast with the three new films: science fiction film Aziris Nuna directed by Oleg Kompasov, hosted by producer Sergei Frolov, the North American premiere of Shadowboxing directed by Alexei Sidorov and the North American premiere of the film JUNK hosted by director Denis Neimand and producer Joseph Bakshiev. 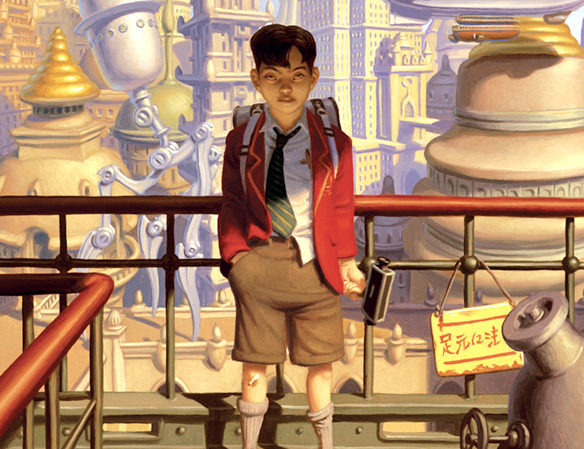 The 2005 edition of Fantasia was concentrated into 19 days, compared to the 25 days of 2004, but still attracted 75 000 cinephiles, which represented a proportional increase in attendance of nearly 20%. 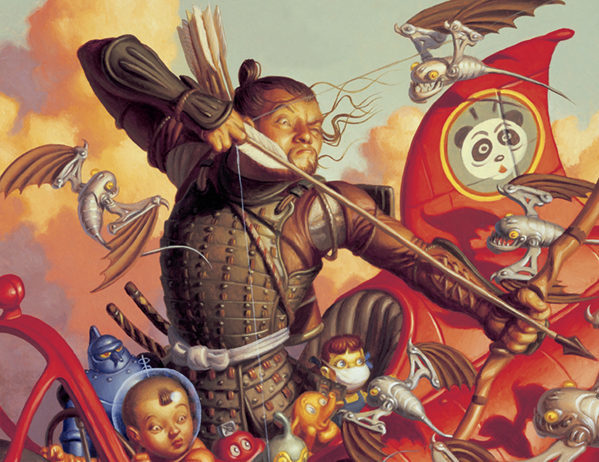 The 2004 edition of Fantasia returned to Concordia’s Hall and the JA De Sève Theaters from the 8th of July to the 1st of August. Over 78,000 spectators attended the event breaking the previous record of 75,000. One of the most remarkable features of the 2004 edition was Komikstok, a special spotlight on films based on comic books and manga. 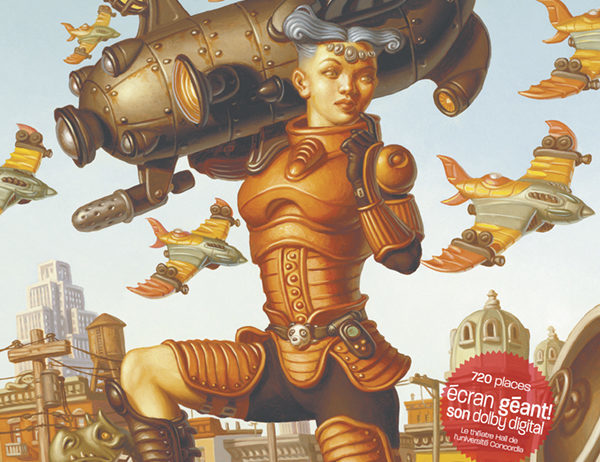 Between 1996 and 2001, the Fantasia festival was predominantly held at the Imperial Cinema. In April of 2002, the festival organisers were informed that some important delays were to be expected in the execution of emergency works that needed to be made on the rooftop, air conditioning and plumbing of the old cinema. 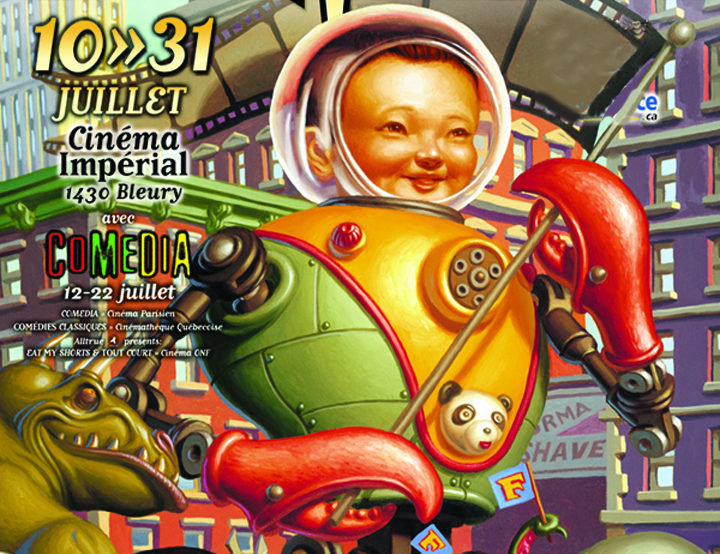 Fantasia’s 6th edition kicked off with some heavy hitters: on the Asian side of things, Takashi Miike’s Visitor Q (a stunning ode to Pasolini’s Teorema) saw its North American Premiere (and had people running for the doors in the first five minutes) alongside Miike’s Dead or Alive 2: Birds; an unknown South Korean director by the name of Park Chan Wook (later to direct Sympathy for Mr. Vengeance, Oldboy and Lady Vengeance) made a first splash with his breakout film Joint Security Area; 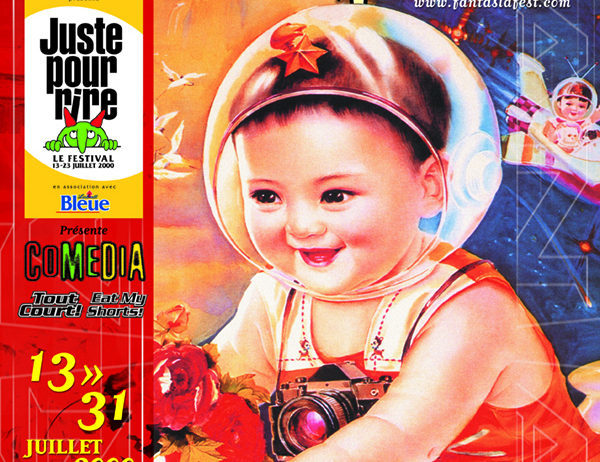 With this 5th edition of Fantasia came a brand new millennium to overcome with funny, funky, scary, creepy and mind‐bending cinema. After the Ex‐Centris adventure (in 1999 only), Fantasia’s following escapade was a quite funny one: for the first time, Fantasia teamed up with another genre cinema festival, Just for Laugh’s Comedia division, to give to the moviegoers some more fun for their buck. 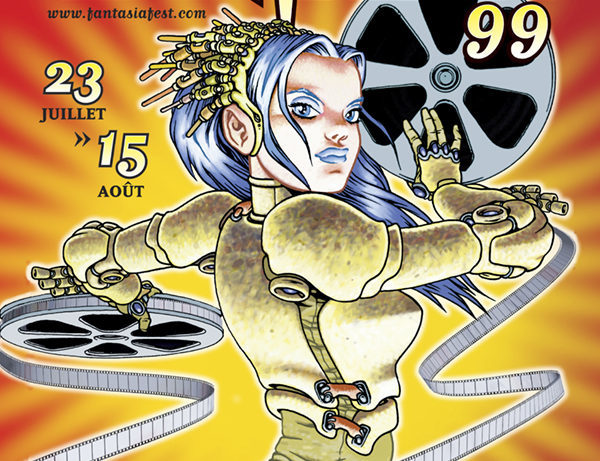 In 1999 Fantasia expanded to utilize the then‐new high‐concept Ex‐Centris complex in addition to the glorious Imperial Cinema. The festival was host to some important premieres in 1999, including the North American premiere of Hideo Nakata’s Ringu and the International premiere of Ring 2, with director Nakata in person. 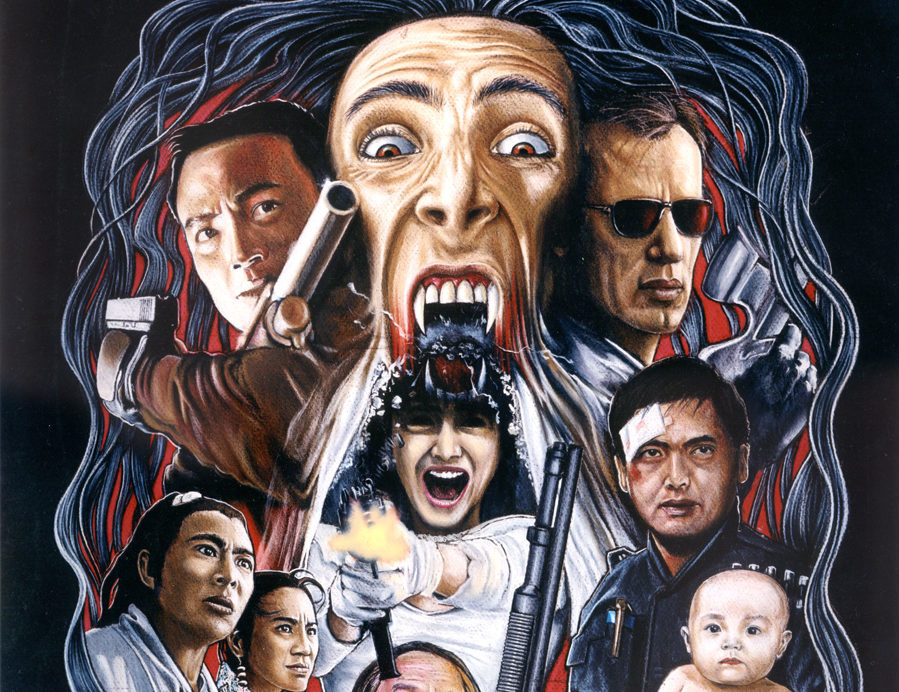 1998 marked the first year that then‐Fangoria editor Tony Timpone came on board as a key member of the Fantasia programming team (a position he continues to this day), joining the team of Pierre Corbeil, Mitch Davis, Andre Dubois, Julien Fonfrede, Karim Hussain, Martin Sauvageau and associate programmer Hiromi Aihara. 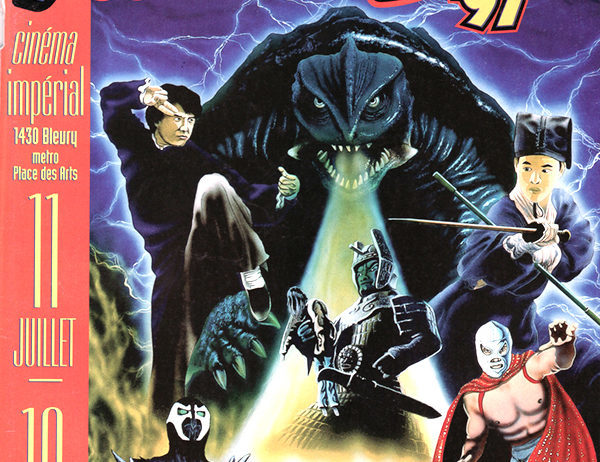 1997 was a watershed year for Fantasia, with the festival expanding its boundaries in enormous leaps and bounds to become a full‐on reflection of the international fantastic filmmaking world. Mitch Davis, Karim Hussain and Julien Fonfrede were brought on board as official key programmers, joining the founding programming team of Pierre Corbeil, Martin Sauvageau and André Dubois. 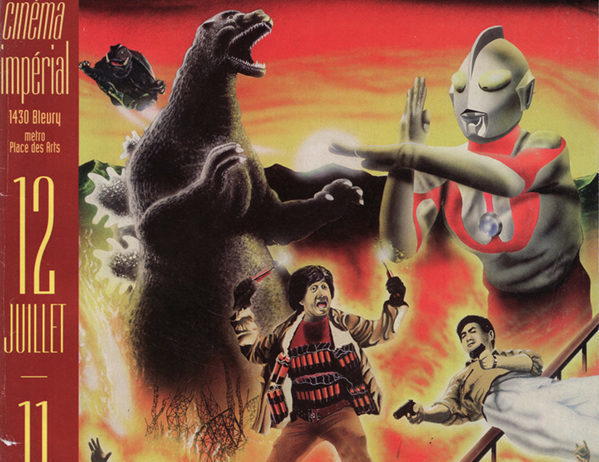 In 1996 Martin Sauvageau, André Dubois and Pierre Corbeil decided to organize a film festival dedicated to Asian genre cinema. They received the invaluable collaboration of several people including Julien Fonfrede, E. Jean Guerin, Hiromi Aihara and John Jordan, and were influenced collectively by a combination of lifelong genre film love and the inspirational push provided by the short‐lived but much beloved Montreal Festival International de Cinema Fantastique (1992‐ 1993).